Taiwan Is Losing Allies. What Should Taipei (and D.C.) Do? 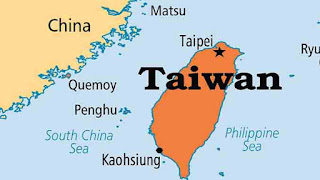 In a single week in September, the two Pacific nations of Kiribati and the Solomon Islands both switched their diplomatic recognition from Taiwan to Beijing, reducing the number of countries that still recognize Taiwan to 14 (and the Vatican). Growing international support for the view that Beijing controls Taiwan, a People’s Republic of China (P.R.C.) foreign ministry spokesman recently said, “is unstoppable.”

Since the then President-elect Donald Trump spoke on the phone with Taiwanese President Tsai Ing-wen in December 2016, his administration has approved five different arms sales to Taiwan. The two sides initiated an annual high-level dialogue in March. And after the Solomon Islands’ decision, Vice President Mike Pence cancelled plans to meet with the country’s prime minister. U.S.-Taiwan relations, Taiwan’s foreign minister said in August, are “probably better than at any time before.”

And yet, Taiwan’s space to maneuver globally seems to grow more and more limited. How should the U.S. handle its relationship with Taiwan? And how should Taiwan deal with the Trump administration?