Losing one island cost Japan a war. That's a warning for the South China Sea 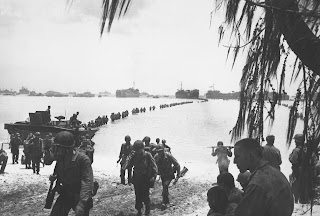 In early July 1944, on a tiny island in the Pacific Ocean, the United States clinched a devastating defeat over Japan in one of the bloodiest battles of World War II. Some 29,000 Japanese troops, almost the entire force Tokyo put on Saipan, in the Northern Marianas, were killed. US losses totaled almost 3,000 dead and more than 10,000 wounded.


It was a pivotal moment in the war. Soon after the Battle of Saipan, the US took the nearby islands of Tinian and Guam. On all three islands, the US built runways to accommodate heavy B-29 bombers, the biggest bombers in World War II. Within months, those B-29s had burned vast swathes of Tokyo and pounded factories supporting the Japanese war machine.