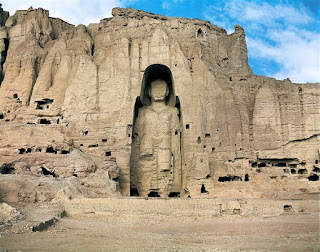 You can camp. You can picnic. You can even rent swan-shaped paddle boats to navigate one of six deep blue lakes that shimmer high in the Hindu Kush mountains, amid picturesque red-hued cliffs and rocky natural dams. Sounds like an idyllic vacation destination, until you consider that Band-e Amir National Park lies in the heart of Afghanistan, a nation still firmly under "do not travel" advisories from the United States and other countries.


It's been close to 10 years since Afghanistan officially designated the roughly 600-square-kilometer slice of central Bamiyan province as a national park in the hope that it would offer citizens a respite from the turmoil that has ravaged their country.

So did it work? Or like many dreams for the Afghan nation after it was wrested from control of the ultra-conservative Taliban regime nearly two decades ago, did it fail to take root? For those who helped create the national park in 2009 after decades of delay due to war, the peaceful Band-e-Amir National Park tells an entirely different story of a country whose recent historical narrative has been defined by violence.