Ai Weiwei: The west is complicit in the 30-year cover-up of Tiananmen 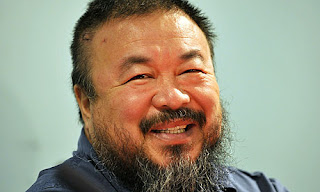 The events of 4 June 1989, when the Chinese government deployed the full might of its military to purge Tiananmen Square of students who’d been peacefully protesting there, have become known in China as the “June Fourth Incident”. Thirty years on, it is still thought of as an “incident”, a one-off event. In fact, it was part of a political movement in which every major Chinese city participated.

To this day, a complete definition of 4 June 1989 as a historical event has not been realised, because defining a historical event requires not only the full facts but also multiple perspectives. And in its aftermath, the Chinese government intensified its oversight of free expression in China, deploying various tactics to suppress, arrest, detain and imprison anyone who spoke about “June Fourth”. It remains the most taboo and politically sensitive topic in China, much like the questions of Tibet and Xinjiang for the Chinese Communist party (CCP) and its machine of propaganda and censorship. Yet the facts and significance of “June Fourth” are not discussed in China.