They were born at the start of Communist China. 70 years later, their country is unrecognizable 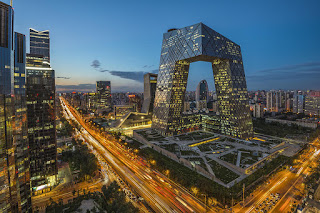 When the Chinese Communist Party took power 70 years ago, Ma Jianguo's family members were so excited they named him in honor of what they hoped would be the beginning of a new era. Literally, Jianguo means to "build a country."


"The name seems tacky to me, but there were plenty of people called Jianguo at the time," Ma told CNN. "It was about growth, and individuals growing alongside the nation."
Tuesday marks 70 years since Communist Party leader Mao Zedong announced the founding of the People's Republic of China on Beijing's Tiananmen Gate on October 1, 1949.
The date marked the beginning of one of the most tumultuous periods in modern Chinese history, which would take China from a weak and impoverished nation to one of the most powerful in the world. Chinese citizens who are turning 70 with the Communist State on Tuesday have witnessed famine, political chaos, rapid economic change and now unprecedented wealth.