Xi Jinping names ‘Hong Kong, Macau and Taiwan’ as a risk for the Chinese Communist Party 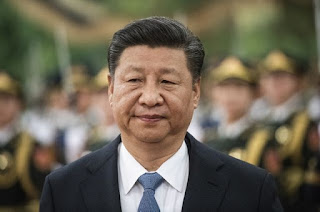 «Hong Kong, Macau and Taiwan» have been named by Chinese President Xi Jinping as a major risk and challenge for the Communist Party, as he warned members that they “must struggle when necessary”. The designation came in a speech to officials on Tuesday, where Xi listed a number of challenges facing the country. He listed the three places as a single item in his list, placing it ahead of “foreign affairs” despite the global economic and strategic challenges China faces such as the trade war with the United States. The other risks identified by the Chinese president included economics, politics, culture and the environment, according to state news agency Xinhua.