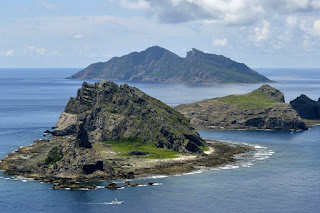 Japan's National Police Agency has asked the government to pay for more than 100 police officers to guard the country's remote territories, including a group of contested islands that are also claimed by China. In its budget for the 2020 financial year, the agency requested funds for 159 officers to guard "remote islands," including the Senkakus, known as the Diaoyu Islands in China.


According to the request, the officers are needed to guard against "armed groups who illegally land" on the remote territories, however the exact monetary figure isn't specified.
The Senkaku/Diaoyu Islands in the East China Sea are fiercely contested by China and Japan. Any move by Tokyo to police them is unlikely to be received well by China.