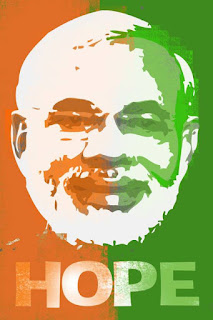 For two decades, Washington has had high hopes for India on the global stage. Gigantic, populous, and resource rich, India is, by all appearances, a superpower in waiting. And as the world’s largest democracy, it promises—according to those hopes—to be a crucial U.S. partner at a time of rising competition from authoritarian challengers.

Almost 20 years ago, acting on such expectations, Washington began resolving the disagreements that had held U.S.-Indian relations back through the Cold War and into the 1990s. During George W. Bush’s presidency, U.S. officials gave up their long-standing insistence that India relinquish its nuclear weapons, allowing Washington and New Delhi to sign a landmark nuclear accord and opening the way to heavy U.S. investments—diplomatic, economic, and military—to facilitate India’s rise.

Successive U.S. administrations provided liberal access to military technologies and promoted India’s role in international institutions, culminating in President Barack Obama’s endorsement of Indian aspirations to permanent membership in the UN Security Council. Albeit imperiled by the Trump administration’s disregard for allies and partners, this basic U.S. approach continues to this day.