Trump's trade war with China will be worth the fight 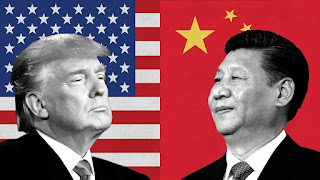 For years, and through multiple presidential administrations — Clinton, Bush and Obama — the United States has naively looked the other way while China cheated its way to an unfair advantage in the international trade market. It took a long time to get to this point, and it's not going to turn around overnight. But with President Donald Trump's long-term approach to trade policy, the United States is in a good position to make up for the misguided policies of the past, which resulted in millions of lost jobs and thousands of shuttered factories.


A bad day or a bad week on Wall Street is not an indication that Trump's policy is failing. Market volatility is neither a surprise nor a reason to head for the lifeboats. The markets are going to react and fluctuate as the United States and China go back and forth in trade negotiations. As the US Treasury Department reported in May, there has been, and is, an "exceptionally large and widening" bilateral trade imbalance between China and the United States."

It's not as though China hasn't had a chance to change its ways. It simply chose not to by, among other things, willfully ignoring its G20 commitment to fair trade, dumping products below cost into US markets and stealing intellectual property.