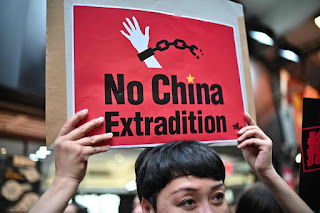 "We don't want China's markets to suffer. In fact, we want them to thrive," Pence said during a speech at the Detroit Economic Club. "For the United States to make a deal with China, Beijing needs to honor its commitments, beginning with the commitment China made in 1984 to respect the integrity of Hong Kong's laws through the Sino-British joint declaration," Pence said. "As the President said yesterday, it would be much harder for us to make a deal if something violent happens in Hong Kong."