These are 4 winners of the US-China trade war 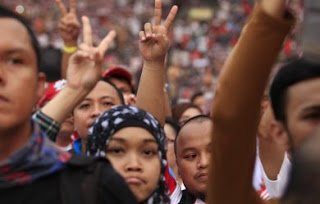 Vietnam, Taiwan, Bangladesh and South Korea are coming out as victors in the US-China trade war. Americans are buying less from China. But rather than leaning on US producers, they're avoiding President Donald Trump's tariffs by turning to suppliers in other Asian countries.


The trend, which has emerged throughout more than a year of inconclusive trade negotiations between Washington and Beijing, continued through May, according to data released Wednesday by the Census Bureau. During the first five months of the year, the United States imported 12% fewer goods from China during the same time period a year ago. But imports from Vietnam are up 36%, and they increased 23% from Taiwan, 14% from Bangladesh, and 12% from South Korea.