The New Tiananmen Papers: Inside the Secret Meeting That Changed China 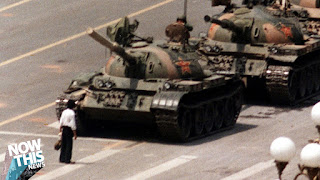 In April 15, 1989, the popular Chinese leader Hu Yaobang died of a heart attack in Beijing. Two years earlier, Hu had been cashiered from his post as general secretary of the Chinese Communist Party for being too liberal. Now, in the days after his death, thousands of students from Beijing campuses gathered in Tiananmen Square, in central Beijing, to demand that the party give him a proper sendoff. By honoring Hu, the students expressed their dissatisfaction with the corruption and inflation that had developed during the ten years of “reform and opening” under the country’s senior leader, Deng Xiaoping, and their disappointment with the absence of political liberalization.

Over the next seven weeks, the party leaders debated among themselves how to respond to the protests, and they issued mixed signals to the public. In the meantime, the number of demonstrators increased to perhaps as many as a million, including citizens from many walks of life. The students occupying the square declared a hunger strike, their demands grew more radical, and demonstrations spread to hundreds of other cities around the country. Deng decided to declare martial law, to take effect on May 20.