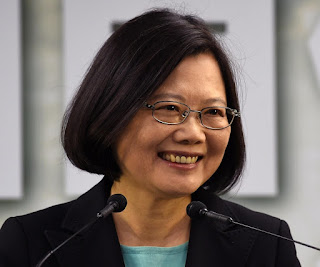 Taiwan President Tsai Ing-wen arrived in the United States Thursday, warning that democracy in her homeland faced renewed threats from "overseas forces," in comments seemingly aimed at China. Tsai is heading to the Caribbean, stopping over in the US for a total of four nights, an unusually long transit period that has resulted in strenuous objections from Beijing.


China claims the self-governed island of 24 million as part of its territory and has urged the US not to allow Tsai to transit there while on overseas tours. Typically Tsai spends just a night in the US while visiting regional allies. During this trip she is expected to spend two nights in New York, where Taiwan maintains a large unofficial consulate, and two nights on the return leg in Denver. There is no official itinerary for her visit or indication of whether she will meet with US officials.