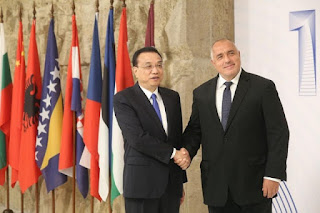 The railway which winds its way from Piraeus and Athens northwards to Thessaloniki and on towards Macedonia has a certain antiquated charm. Passing Thermopylae off to the north and Mount Parnassus away to the south, passengers can reflect that they are trundling slowly through the very heart of Western civilisation’s cultural cradle.


There is more recent history too. Rattling across the spectacular Gorgopotamos viaduct, passengers can clearly see where in 1942 the vital supply route was blown up at its most inaccessible point by a ragtag band of Greek partisans and British agents. Travellers of a nervous disposition may not wish to look too closely, however. Some three-quarters of a century later, the repairs effected after the war still look alarmingly temporary.