The ‘Cold Confrontation’ Underway in the South China Sea 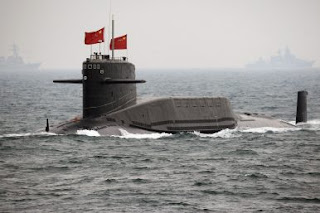 To be frank, China is currently in a defensive position, and the United States is in the offensive position. With regard to strategic motivation, China seeks to defend its territorial sovereignty and maritime jurisdiction from being violated. On the contrary, America defines its interests as sustaining power to avoid the relative decline brought by peer competitors in the region. On the political level, land reclamation and accelerated COC consultations from 2014 have left China in a relatively advantaged position.

Seeking to preserve its dominance of the regional order, America intends to reshape the regional balance in its favor by way of increased military deployments and enhanced strategic coordination with its allies and partners. In this regard, it is the United States challenging the de facto status quo. Finally, as the top superpower, America, with support from Japan, South Korea, Australia, and India, can mobilize far more military forces and resources than China, again putting Beijing in a defensive position.