India's election spending surges past US to record high 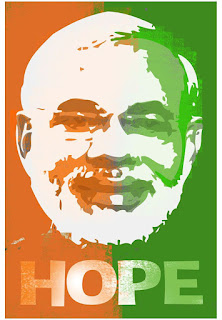 India's general election wasn't just the world's biggest. It was also the most expensive, with political parties, candidates and regulatory bodies spending up to $8.6 billion, according to a new study. By comparison, the US spent an estimated $6.5 billion in the 2016 presidential and congressional contests, according to Open Secrets, an American non-profit organization.

The Indian estimate, based on research by the Delhi-based Centre for Media Studies (CMS), takes into account spending on both the national and state levels contests this year -- and means that total spending for the 2019 elections that resulted in Indian Prime Minister Narendra Modi winning a second term was nearly twice as much as 2014, when Modi first won national office.

The outcome cemented Modi's position as the most powerful political figure in recent Indian history, with his Hindu nationalist Bharatiya Janata Party (BJP) and its allies securing a two thirds majority in parliament's lower house.