How did one of the safest cities in the world descend into violence? 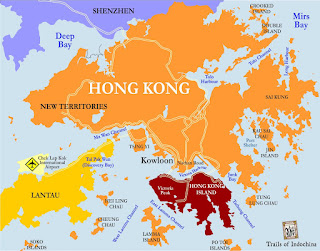 Hong Kong is an extremely safe city. Darkened streets don't harbor the same dangers that might be found in other major cities, but in recent years, simmering tensions over the city's political future have created an underlying sense of unease.


While any metropolis of seven million will have some crime, violence is incredibly uncommon -- around 2,600violent crimes were recorded by police in the first four months of this year, compared to over 70,000 cases of violence against the person in metropolitan London, a similar-sized city. During the same period, there were just 29 robberies in Hong Kong, while London saw more than 12,500.

Even amid mass protests and marches, which are a key part of Hong Kong's political culture, the mood has almost always been peaceful and safe. The 2014 Umbrella Movement was the exemplar of this attitude, with protesters setting up recycling stations, internet cafes and art installations in the main occupied areas, and parents with small children and businesspeople visiting them during lunch hours and on weekends.