Will the escalating US-China trade war push the global economy into its next recession? 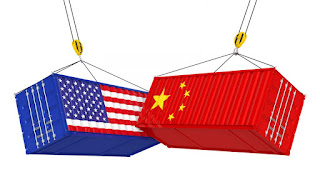 Heightened trade tensions between the United States and China have raised the risk of a recession next year if the dispute between the world’s two largest economies is prolonged and escalates further, according to economists and portfolio managers.


Just over two weeks ago, Washington and Beijing seemed poised to reach an agreement to end a trade war that has hurt American businesses that rely on products made in China, increased costs for US companies and consumers, and contributed to an economic slowdown in China. But the dispute has escalated recently as the US raised tariffs to 25 per cent on nearly US$200 billion of goods from China on May 10 and is preparing to add levies to nearly all Chinese-made products later this year. That has prompted Beijing to retaliate with its own tariffs, effective from June 1.