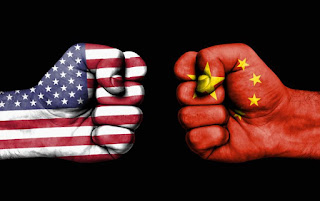 Larry Kudlow, President Donald Trump's top economic adviser, said Sunday there is a "strong possibility" Trump will meet Chinese President Xi Jinping at the G20 economic summit in Japan next month and said he expects China to retaliate against the US for its increase last week in tariffs on Chinese goods as Beijing has indicated it would.


"We were moving well, constructive talks -- and I still think that's the case ... but the problem is, two weeks ago in China, there was backtracking by the Chinese," Kudlow told Fox News' Chris Wallace on "Fox News Sunday." He said, "I think I do," when asked whether US officials expect the Chinese to retaliate for the tariff hike put on by the US last week when it increased the rate to 25% on $200 billion of Chinese goods.