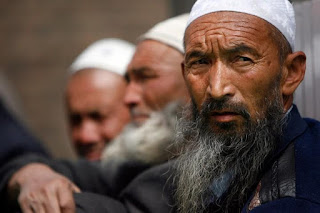 The call to prayer at Emine Inanc mosque brings together immigrants who have found sanctuary in Istanbul's working-class Zeytinburnu neighborhood.With no room inside the overcrowded mosque, dozens of worshippers spill onto the street. For some, like Ishqiyar Abudureyimu, praying openly would have been unimaginable just a few years ago when he was living in China.


The 27-year-old is among thousands of Uyghurs, a predominantly Muslim ethnic minority from Xinjiang province in western China, who have sought refuge in Turkey after escaping Beijing's brutal crackdown against the group. Ethnic and religious ties between Turkey and the Uyghurs, the immigrants say, have made building new lives in Istanbul easier for them.