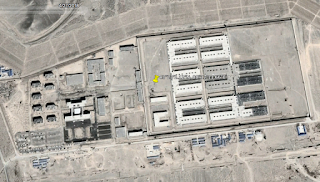 My name is Berik, I am a prison guard in the newly built concentration camp located in Dawanching (Dabancheng in Chinese). I was a cameraman before, filming wedding ceremonies but my business started going down after 2016. Applying for a police associate position became popular starting from 2017 and my mother also encouraged me to apply as advertised salary sounded reasonable.

Soon after becoming a police associate I regretted choosing this position. There were no holidays and our salaries were subjected to cut frequently. Sometimes the salaries were delayed for several months. Working under a 24-hour highly stressful environment brought me a number of health problems like sleep disorder.