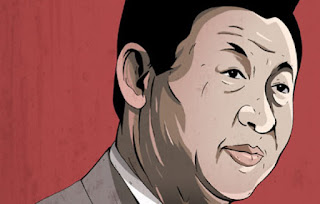 US President Donald Trump said he called Chinese President Xi Jinping a "king" during a state visit to Beijing in 2017 and that the Communist Party leader appeared to appreciate the remark. Speaking Tuesday at the National Republican Congressional Committee spring dinner in Washington, Trump said Xi had denied he was a king but the US leader insisted. "He said, 'But I am not king, I am president.' I said 'No, you're president for life, and therefore you're king'," Trump told his audience, prompting laughter. "He said, huh. He liked that. I get along with him great."


Trump made his visit to China in November 2017, just months before the country's rubber-stamp legislature, the National People's Congress, removed the two-term limit on the Chinese presidency in March 2018.