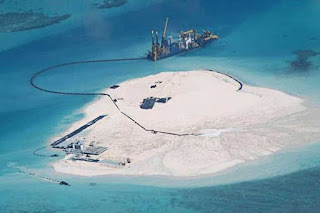 The Philippines government has filed a diplomatic protest with China over the presence of hundreds of Chinese vessels near a Philippines-administered island in the South China Sea. As many as 275 Chinese ships and boats have been spotted this year around Thitu island, also known as Pag-asa island in the Philippines, said Jason Ramon, chief of public affairs for the Philippine military's western command, to CNN Philippines.

Armed forces spokesperson Edgard Arevalo cautioned that it was difficult to quantify how many ships are around the island at any one time, as Chinese vessels "come and go" from the area. "The information that we got is the more likely intention is to establish their presence in the area," he told CNN Philippines on Monday.