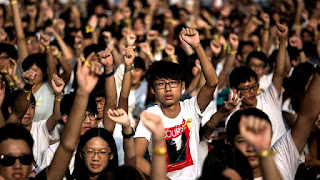 Hong Kong’s legislative body opened talks last week on an amendment to the special administrative region’s existing extradition laws, known as the Fugitive Offenders Ordinance and the Mutual Legal Assistance in Criminal Matters Ordinance. The proposal, first put forth earlier this year, would establish an extradition mechanism that would operate on a case-by-case basis with states not covered under existing extradition treaties, including mainland China, Macau, and Taiwan.

Current legal provisions allow Hong Kong authorities to surrender fugitives to other jurisdictions with which it has no rendition deals but only with the approval of the legislature. The tabled changes shift this responsibility from the legislative body to the chief executive and would consider crimes punishable by at least a three-years prison sentence. The legislative amendment was proposed in response to a loophole exposed in 2018 when Taiwanese authorities were unable to prosecute a man accused of killing his pregnant girlfriend while on vacation in Taipei before he fled to Hong Kong.