China's billion-dollar Belt and Road party: Who's in and who's out 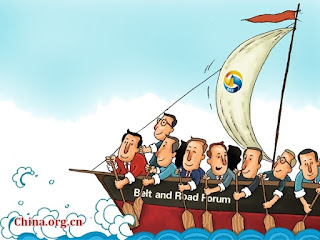 Leaders from across the world have arrived in Beijing for the second Belt and Road Forum, drawn by the possibility of billions of dollars in Chinese funding for infrastructure projects. Beijing has trumpeted this year's larger turnout of world leaders, with 37 in total compared to 29 in 2017. Major global bodies such as the International Monetary Fund have also flown in to attend the gala event.


But there are notable absences, including key Chinese diplomatic partners, such as Sri Lanka and Turkey, as well as the country's largest trading partner, the United States. The Belt and Road Initiative (BRI) is Chinese President Xi Jinping's signature global infrastructure policy. First announced in 2013, the project promises to build ports, roads and railways to create new trade corridors linking China to Asia, Africa and Europe.

Since its launch, the Chinese government claims up to 150 countries have signed on board, at least in principle. In the first half of 2019, overseas loans as part of the project have already totaled more than $90 billion.