As churches are demolished at home, Chinese Christians find religious freedom in Kenya 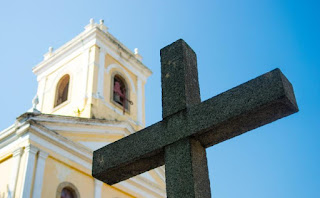 Every Sunday morning in an affluent suburb of Nairobi, Kenya, the soaring song of Chinese hymns fills the empty corridors of a Monday-to-Friday office block. Inside a small makeshift chapel, a kaleidoscopic congregation of Chinese migrants gather to pray. Among them are underwear importers, health workers and operators of the controversial new $3.8 billion Chinese-built railway that slices through Kenya, the country's biggest infrastructure project since independence -- and a sign of China's growing investment and footprint on the continent.


Some have married Kenyans, others have Chinese children who speak Swahili as well as they do Mandarin. But they all share two things. Each person here has re-rooted their life from Communist China to Kenya, a leading African economy where 80% of the nearly 50 million people are Christian. And they have all decided to openly embrace God.