A lesson for Africa, the Congo and China’s Sicomines 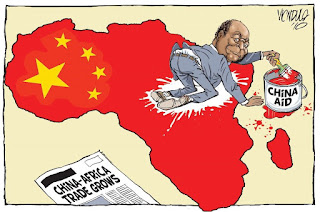 The Sino Congolaise des Mines – Sicomines – was the most significant Chinese investment project in Africa when it was agreed in 2007. It was confidently billed as the “deal of the century”. The infrastructure agreement gave Chinese partners mining rights to cobalt and copper in the Democratic Republic of Congo (DRC). These minerals are used in electric vehicle batteries and electronics, including smartphones and laptops. In exchange, China agreed to build much-needed infrastructure projects such as urban roads, highways and hospitals.


In addition to new infrastructure, the Sicomines deal was expected to provide a significant boost to the DRC’s economic growth. The view was that the agreed volumes of mineral production would contribute to higher levels of exports, tax revenue and an inflow of US dollars.