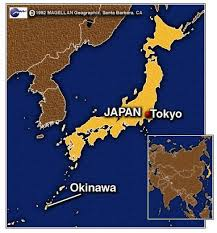 Japan and South Korea are engaged in a heated military dispute that analysts say could damage the already tenuous geopolitical situation in northeast Asia if the two sides do not reach a resolution.

The spat began December 20 after an encounter between a Japanese plane, which Tokyo said was collecting intelligence, and a South Korean destroyer, which Seoul said was on a humanitarian mission.

The disagreement has quickly escalated, bringing to the fore historical disputes previously on the back-burner and -- in turn -- threatening the region's stability.