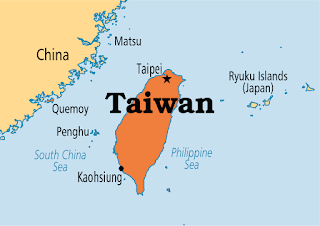 Taiwan's military held large-scale drills on its west coast Thursday amid growing tensions between the self-governed island and an increasingly belligerent Beijing. Aimed at thwarting an amphibious invasion, Taiwan's armed forces dispatched tanks, rocket launchers and combat helicopters to beaches near Taichung for the island's first live-fire drills of the year.


"Our military stands ready to counter any threats ... including those from Communist China," Maj. Gen. Chen Chung-chi, a spokesman for Taiwan's defense ministry, told CNN. "These drills are based on the principle of 'conduct training wherever wars might break out,'" he added. "We are prepared to maintain our territory and freedom."