Japan to have first aircraft carriers since World War II 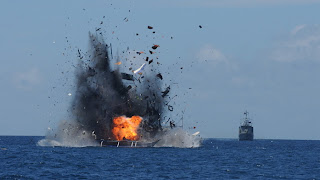 Japan is poised to put its first aircraft carriers to sea since World War II, refitting its Izumo-class warships to carry US-designed F-35B fighter jets, the government announced Tuesday. In its 10-year Defense Program Guidelines, Tokyo said it will buy 42 of the stealthy F-35Bs, which are designed for short-run take offs and vertical landings.


Those planes will be available for deployment aboard two flat-top ships, the JS Izumo and JS Kaga, which at more than 800 feet long and displacing 27,000 tons are the largest ships in the Japanese fleet. "Under the drastically changing security environment around Japan, the government will take all possible measures to protect the lives and assets of Japanese people," Chief Cabinet Secretary Yoshihide Suga said Tuesday in announcing the plan.