War of words: Trump and Xi spar over trade ahead of Argentina meeting 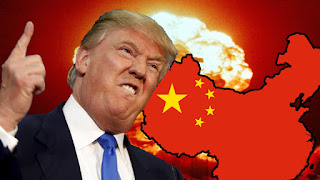 The United States and China were preparing to hold high-level trade negotiations in Washington until an escalating war of words between President Donald Trump and his Chinese counterpart Xi Jinping this weekend prompted Chinese negotiators to cancel their plans. Now, Trump and Xi are heading for a showdown over trade at the upcoming G20 summit in Argentina, a month before US tariffs on imports are set to balloon to 25% on January 1. The collapse of preliminary meetings ahead of the G20 leaves the two leaders without the extensive staff-negotiated draft agreements typical of most international talks, and in part reflects Xi's conviction that after months of tit-for-tat tariff announcements, a deal can only be struck with Trump himself.

"The level of uncertainty is unprecedented," said Craig Allen, president of the US-China Business Council. "The probability of coming to, if you will, a clean, comprehensive agreement has declined considerably."