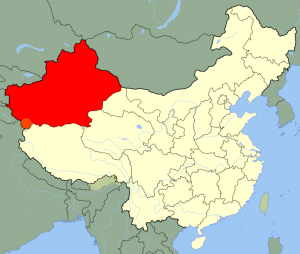 Every day, US-based Uyghur journalist Gulchehra Hoja tries to call her family in the Chinese region of Xinjiang. Sometimes she tries up to 20 different numbers, just hoping that someone will pick up. "I know they won't pick up the phone, but I try ... nobody picks up," she told CNN in an interview from her office in Washington.


She doesn't expect an answer because 23 of her family members -- including her aunt, her brothers, her cousins -- have disappeared, along with tens of thousands of other ethnic Uyghurs inside enormous state-controlled "re-education camps."

Hoja, who works as a journalist for US government-funded Radio Free Asia (RFA), says her brother was the first in the family to vanish in September 28, 2017. "This is my brother and this is me," she says, holding up a picture. "This was taken in summer 2000, it's my birthday ... this is my last picture with him .... (Now) he is missing. We don't know where he is now."