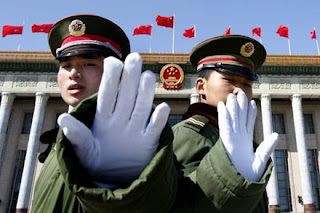 Authorities at China's prestigious Peking University have tightened their grip on campus, following a nationwide government crackdown aimed at silencing left-wing youth advocates for labor rights. Peking University claimed to have uncovered and eliminated an "illegal organization" with a goal of subverting state power that had infiltrated the school's Marxist Society, according to a message sent to students Wednesday and shared with CNN.


The university, long a haven for liberal intellectuals and known for its history of student activism, has been regularly ranked one of the best in the country. In a separate memo, the Peking University committee of China's ruling Communist Party declared the establishment of an "internal control and management" office to enforce discipline on campus, including day-to-day inspections and patrols on school grounds.