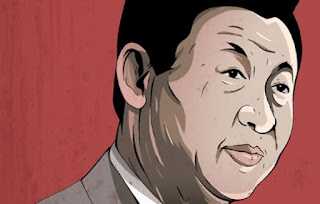 With the presidents of the United States and Russia staying home, it seemed Chinese President Xi Jinping would dominate this weekend at the Asia-Pacific Economic Cooperation (APEC) summit and increase his country's influence in the Pacific.


China has already lent at least $1.3 billion to the Pacific Islands and about $590 million alone to the summit's host, Papua New Guinea (PNG). And to coincide with the PNG visit, Beijing promised $4 billion of finance to build PNG's first national road network, one of several gestures for which China secured effusive praise from Pacific Island countries including Samoa, Vanuatu, the Cook Islands, Tonga, Niue, Fiji and the President of the Federated States of Micronesia. But nevertheless, Xi left PNG dissatisfied and disgruntled.