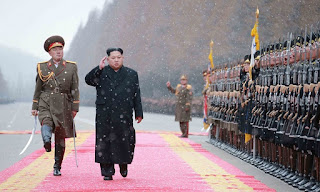 The US State Department issued a scathing rebuke of North Korea's human rights record on Wednesday, calling the regime "one of the most repressive and abusive governments in the world" just days after President Donald Trump praised dictator Kim Jong Un's "honorable" intentions ahead of a possible face-to-face sit down between the two leaders.


While Trump has recently dialed-back the personal insults against the leader he once called "Little Rocket Man," his State Department did not pull any punches in a new statement condemning decades of "egregious human rights violations" suffered by the North Korean people at the hands of their own government.