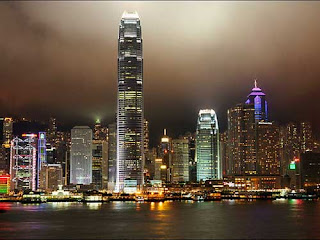 Composed of shops, businesses and apartments, Hong Kong's old tenement buildings -- or "tong lau" -- are microcosms of life in the city. Similar to the so-called shophouses of Southeast Asia, these historic structures are characterized by a row of shops on the ground floor with housing on the floors above.


Tong lau were built from the end of the 19th century until the 1960s, though many have since been demolished to make way for high-rise tower blocks. However, they remain hives of social and commercial activity, home to densely-packed communities and small businesses like restaurants and pawn shops. Hoping to document this disappearing way of life, British photographer Stefan Irvine spent almost four years capturing tong lau and the communities around them. But with so much to depict on each block, the 42-year-old knew that one-off shots might not suffice.