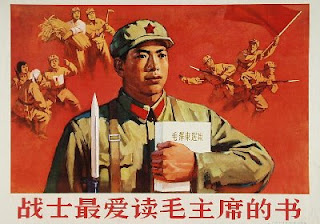 As U.S. policymakers ponder how to deal with North Korea’s nuclear and missile programs, it is important to remember that we are not in uncharted territory. The United States found itself in a similar situation more than 50 years ago, when faced with the prospect of Maoist China going nuclear. Then as now, experts questioned if rational decision makers were behind the nuclear controls of a reclusive communist state and military options — no matter how risky — were seriously considered.

Despite initially having great fears about the prospect of a nuclear China, both the Kennedy and the Johnson administrations came to realize that China’s modest nuclear arsenal failed to alter the underlying balance of power in East Asia or undermine the confidence of U.S. allies in the credibility of Washington’s security guarantees. And even though nuclear-armed China continued to champion global revolutionary causes and provide direct military assistance to North Vietnam against the United States, Chinese rhetoric on nuclear weapons gradually moderated and began to show evidence of calculated restraint vis-à-vis the United States.