I’m sad for my friend Liu Xiaobo, and for a China that can’t cherish its finest 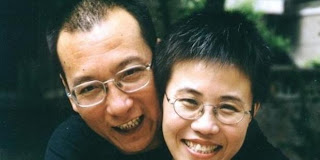 I first met Liu in 1988, when I was a very young student at Beijing Normal University, where I was learning Chinese and he was teaching Comparative Literature. A friend of mine, from the Chinese Literature Department, was adamant that he was the best professor in the whole of Beijing, and that I should go to his lectures. My language skills were pathetically insufficient for the task, but I sat through it all because I was enraptured by the excitement that he inspired in the classroom—not because I knew what he was debating.

He spoke in bursts of excitement, with an occasional stammer that made him all the more determined to make his point forcefully. He smiled and cracked jokes making everyone laugh, showing a charisma rarely seen in Chinese university professors at the time. My own Chinese language classes were a soporific mash of morally uplifting stories with a Communist slant, and were often deserted by the students.