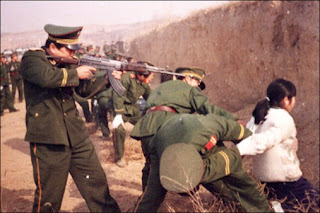 Tan Hecheng might seem an unlikely person to expose one of the most shocking crimes of the Chinese Communist Party. A congenial 67-year-old who spent most of his life in southern Hunan province away from the seats of power, Tan is no dissident. In fact, he has spent his career working for official state media and trying to believe in Communism.

But in a meticulously detailed 500-page book released in English this week, he lays out in devastating detail one of the darkest, and least known, episodes in Communist Chinese history: the mass murder of 9,000 Chinese citizens by explicit order of regional Party officials during the height of the Cultural Revolution. Tan’s subject is specific to one county, but documents suggest that similar such massacres in the countryside were widespread, leading to as many as 1.5 million deaths.